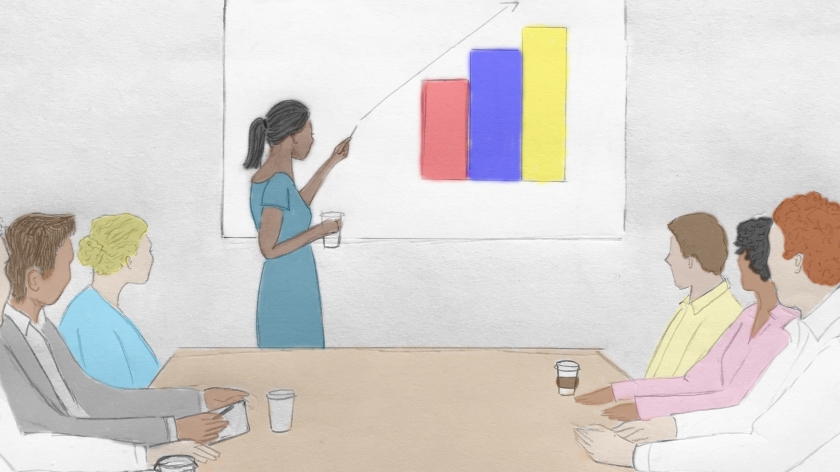 Having to discuss deeply personal topics in the workplace may often be uncomfortable – how can employees avoid such discussions while also being team players?

I was a recent college graduate and had just landed my first job at a consulting firm. I was “assigned” to one of several projects the firm had at a large bay area tech company about a month into my training. My manager told me during onboarding that I would be required to represent our team at the weekly 7am Monday morning meetings amongst the various consulting teams to share our specific project’s progress. Before the first meeting, I spent all weekend compiling a powerpoint presentation on our team’s status update. I was incredibly nervous walking into the meeting of about 16 people, all older than myself, and also a bit peeved that they held the meeting so early in the day.

My manager’s manager’s manager, T, led the meeting. She started off by greeting everyone and sharing her activities over the past weekend, which consisted mostly of scrapbooking. After several minutes, she paused, and I expected her to transition to a discussion of her projects. Instead, she gestured to the person on her left, who proceeded to talk about what he had done that weekend, including “getting wasted,” “puking over the side of a boat,” “it was a bloodbath,” and “hot dates.” Everyone continued around the circle in turn, and it quickly became clear that no one planned to share a project update. There was also a pattern I discerned between the “me” activity and the “we” activity colleagues, an indication of who was single or not. It was then I also noticed there was not even a projector system in the room on which to play my presentation.

As my turn approach, my palms were sweaty. I had just been through a horrible breakup before starting this job. Last Monday I would have been a “we” and today I was a “me”. I wasn’t prepared to share these kinds of details in front of a room of new colleagues. When my turn came up, I mumbled that I hadn’t really done much of interest over the weekend, but mentioned that I had a brief presentation on my team’s projects to share. I started awkwardly reading off my powerpoint. When I finished talking, everyone expectantly waited for more information, and there was what felt like a long silence. Finally, the person to my left continued with their “project updates.”

At first, I didn’t do anything about it. I went back to the next Monday morning meeting, and the one after that. Each time I brought a status report on our team’s project, reading it out loud, and each time I hesitated to share the personal details of my weekend. After one meeting in which I was pressed repeatedly to share my weekend plans, I went to my manager’s office. “B” I said, “What is up with these Monday morning meetings?” She looked up, sighed, and said, “Yeah, someone from our team has to go and you’re the most junior person.” I explained that I felt the meeting was completely non-productive. “Did T talk about her scrapbooking again? That’s why I never attend those meetings.” Finally, she agreed that I could skip the following meetings.

The next Monday I showed up at work at 8am to an angry email in my inbox from T, accusing me of disrespecting the team by not attending the meeting. She claimed I wasn’t being a “team player.” I hadn’t planned on confronting T, but since she provoked me directly, I responded candidly to the effect of:

Based on my experience last week, these meetings are a total farse and a waste of time. No one even discusses their projects. It’s just an excuse to talk about their weekends. Furthermore, I feel it is completely inappropriate to have an organized, scheduled event for colleagues to share personal details in the office, especially as we are billing this client hourly. If our client knew how we were spending our time, they would fire us all.

Going forward, I would be happy to email my updates to the team on Monday morning to ensure everyone has visibility into our team’s project progress.

T never responded. From that day on, I never attended another meeting. True to my word, every week I would send an email to the broader group with our project updates.

I would not have changed how I responded in this situation. At first, I did not want to assume this was a problem. What if it was just the first meeting that happened to be particularly bad? Who was I to judge? But when the pattern repeated, and I recognized the absurdity of the situation, I responded by removing myself from the uncomfortable behavior by discussing the problem with my manager. I did not go on the offensive until I was directly provoked and bullied by a superior.

In my case, confronting the situation head-on and calling it like I saw it was very effective in resolving the problem, even though T technically held the power to hire/fire. While my colleagues continued to hold their Monday meetings, something that would have been difficult for me as a junior associate to change, I could at least take action to ensure that I was spending my time efficiently and productively for our clients. I was fortunate to have a manager who had my back.